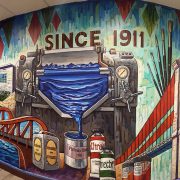 For 10 days in November / December 2017, I had (what felt like) a day job and commuted to an office in Highland Park every morning. My project consisted of painting Blick Art Materials mural – a big chunk of a wall in the headquarters the largest retailer of art supplies in the U.S.! 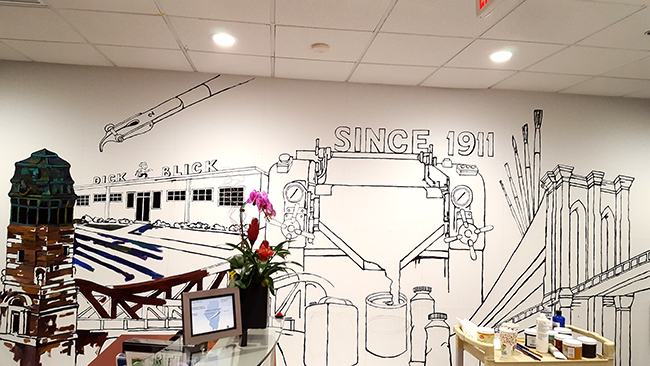 Largest retailer, and (for me) – largest mural. This 8×18 foot baby was the biggest painting I have done to date, by square foot. The piece was created in the entrance reception area of the office. As bright as Blick retail stores are, their main office walls were in need of some color… so I was invited to help. 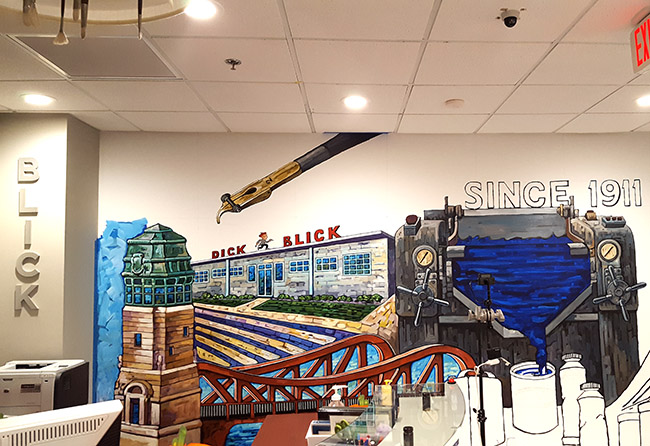 Blick Art Materials mural concept was designed by me from old advertisement and archives provided by Blick, and it consists of: elements of Chicago and NYC (representing Blick and Utrecht, respectively); Blick’s very first product (the Payzant pen); Blick’s sales building from the 1920-ish era; an old school paint milling machine; containers and tubes of paint / varnish / pigment. 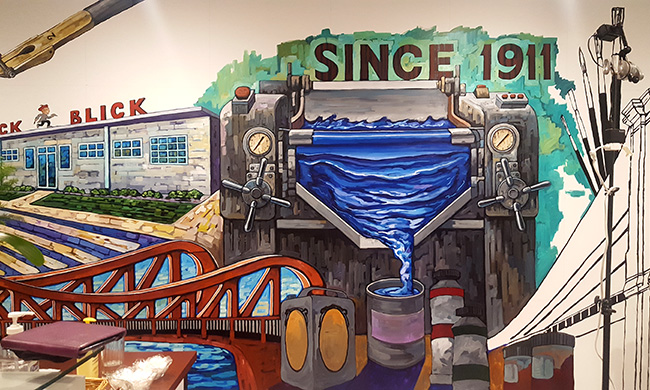 Materials used: acrylic paint and brushes from Blick, of course. (most of the colors were of Blick and Utrecht store brand, with a couple of bottles of Golden for black and white). 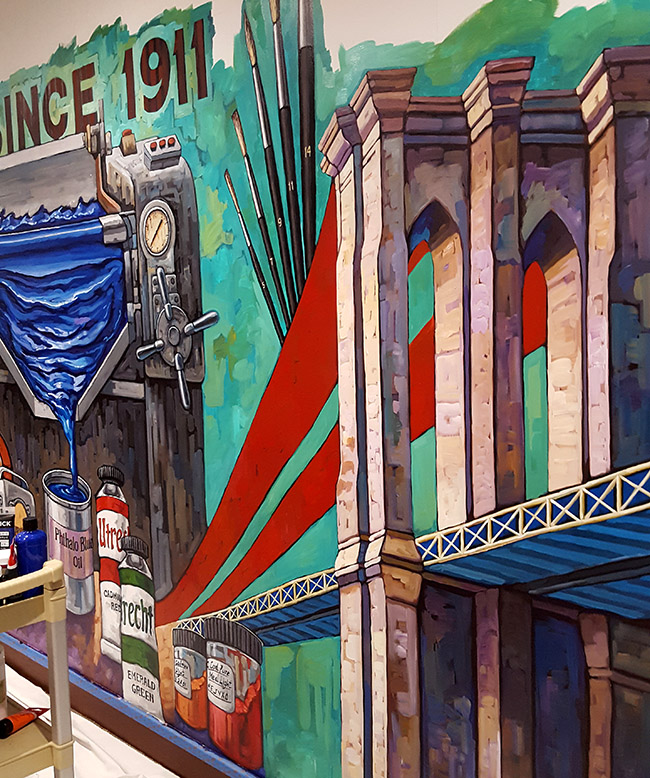 It was a physically demanding and yet extremely rewarding project. Plus, Blick knows that the money they paid me for this work will be certainly making its way back to them in a form of art supply purchases – since I seem to have a black hole in my studio, into which all the paint and canvases and art panels disappear. …Whooosh! 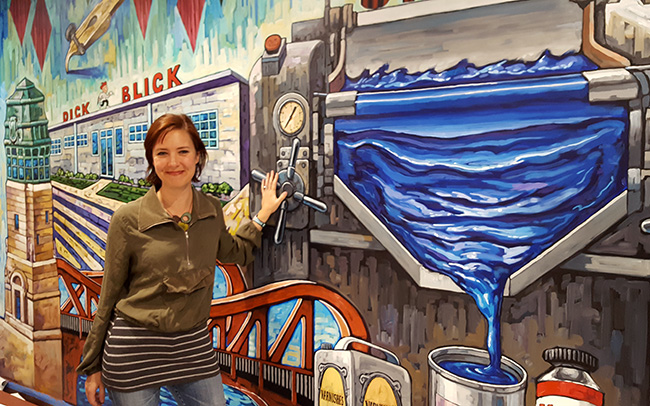 Included here are snapshots of the mural creation progress. 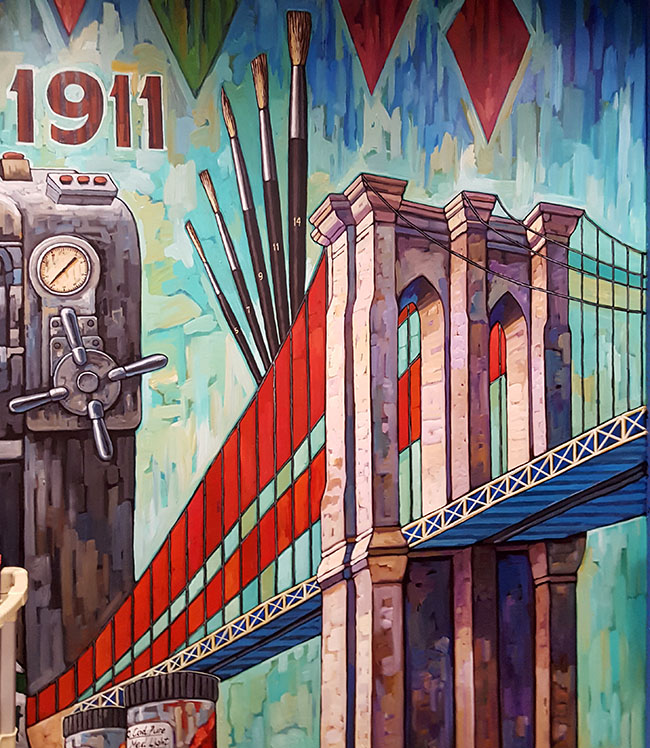 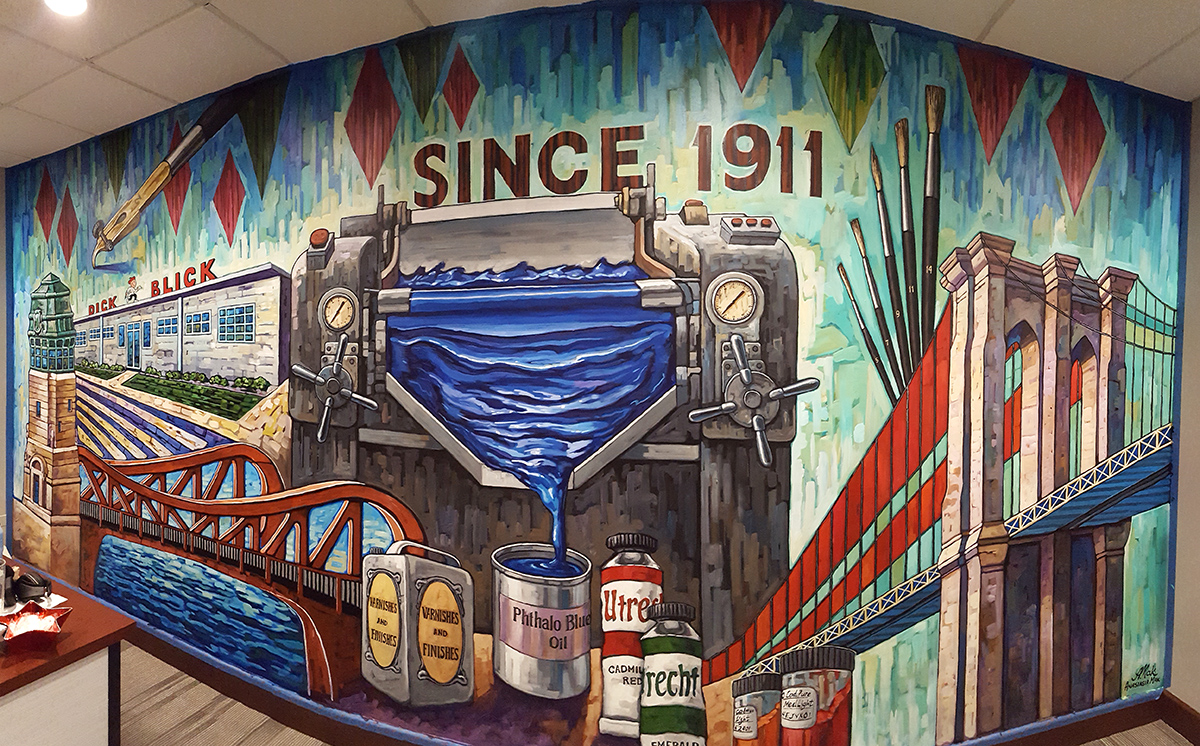 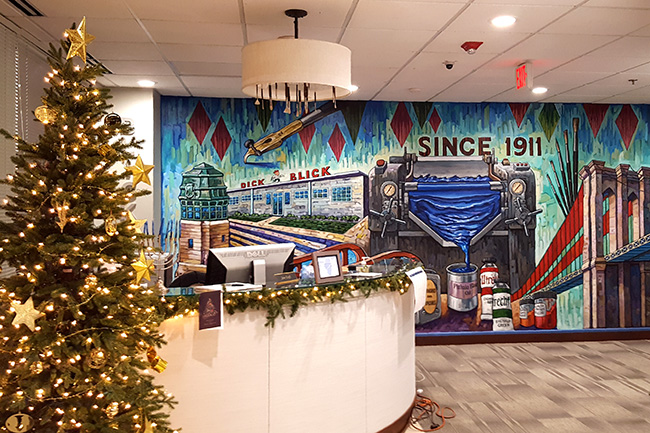 Take a look at this time lapse video of the whole “mural birth”. (I sure wish my painting process was as fast as it appears here!). And, a little confession: occasionally, when their video people were out of the office, it was up to me to turn the GoPro off an on, position it properly and put on the right setting. And…eh…. lets just say I made a couple of user errors. But despite my gaps in coverage, this came out nicely! Thanks Blick!