This was my very first mural creation, and it will always bring me warm memories.

In 2003, the image of my “Sunny Rocks” painting got selected to be put on a wall of a mile-long Hubbard Street Mural in downtown Chicago. The mural, approximately 12’x12’, was then completed by myself and other artists under my direction. It is painted with durable concrete paints, (guaranteed to last outdoors for 40+ years). With it being a community project, participation of neighborhood kids and anyone else who was interested in helping out was also encouraged and welcomed.

The Hubbard Street Murals were originally painted throughout the seventies and into the eighties. A few years ago, the railroad decided to strengthen the train embankment by replacing and repairing it, unfortunately affecting a lot of artwork on the panels of the embankment in the process. When this overhaul began, Fred Montano, one of the original founders of the mural project, decided to seek out people who would be interested in trying to restore some panels, and bring new artwork to the new embankments.

After reaching an agreement with the railroad and receiving support from Chicago’s Department of Cultural Affairs in conjunction with the Illinois Arts Council, the organization began the process of completing the mural. Then, interested artists were invited to submit their images, and the committee selects approximately 10 images to be included in a mural each year. In the summertime, artists and volunteers work to put the selected images on a wall. 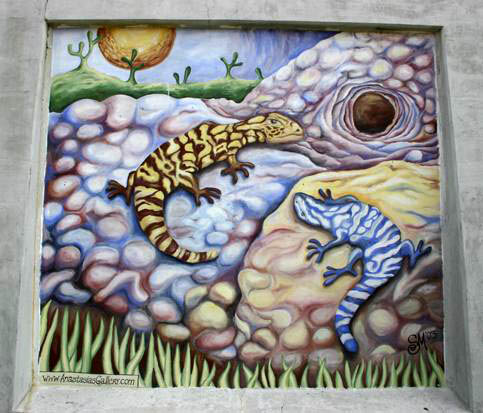 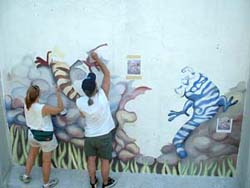 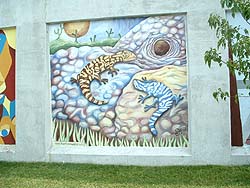