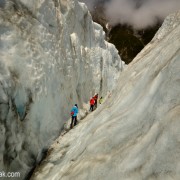 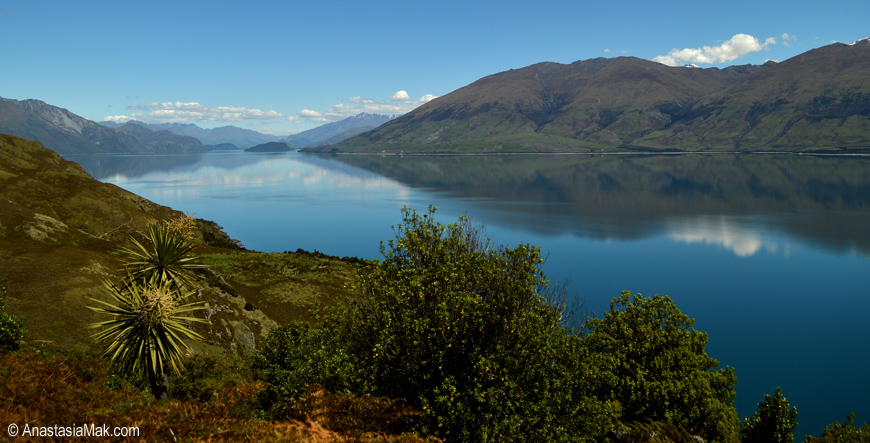 So, after spending a few beautiful days in Wellington and Queenstown, it was time to head to Franz Josef Glacier. These are some shots from our 6+ hour drive. We were starting to feel a little spoiled as all the incredible scenery was getting almost redundant! 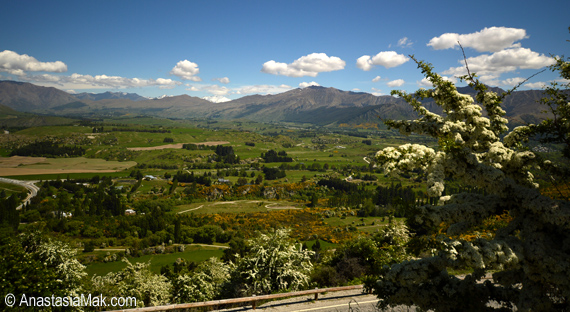 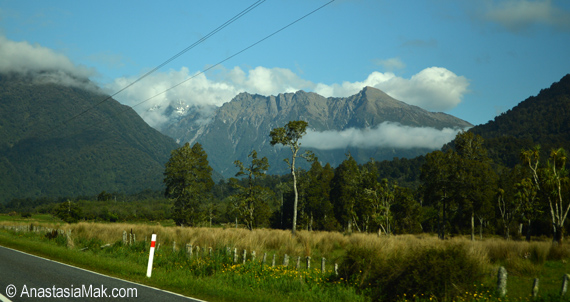 And then – the patio area of our room in Franz Josef village with a view of the glacier.  Can this go on forever, please? 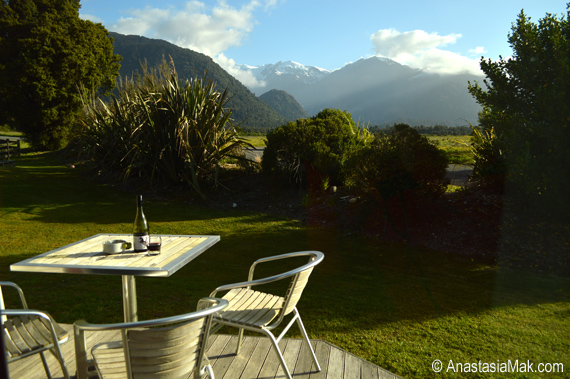 A visit to Franz Josef is all about getting up on the glacier, of course. But it is not always guaranteed. Full length hiking tours were allowed there up until a couple of years ago, but now ice in the lower part of the glacier is rapidly disintegrating, and due its fragility people are no longer allowed to hike up. The only way to get onto the glacier now is by helicopter. Climate in Franz Josef and all along South Island’s West Coast is very wet – it rains about 50% of the time, during which it is mostly no-go weather. Franz Josef tour operators and helicopter companies keep close watch on the forecast, and then determine which days are flying days. …All we could do is hope that we go up! 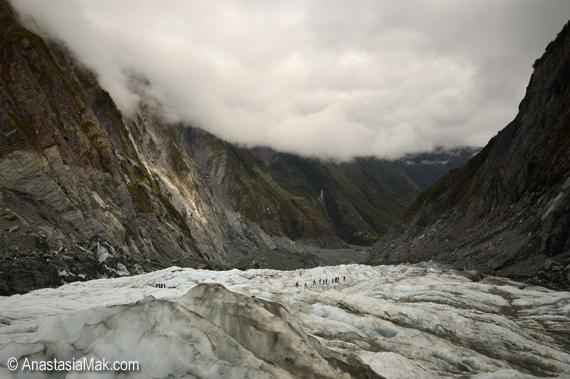 And we got lucky! After a slight delay in the morning due to fog, we (along with several other hiking groups) got outfitted with waterproof clothing, big boots, and crampons, boarded the choppers and were taken up to a magical playground of snow and blue ice. 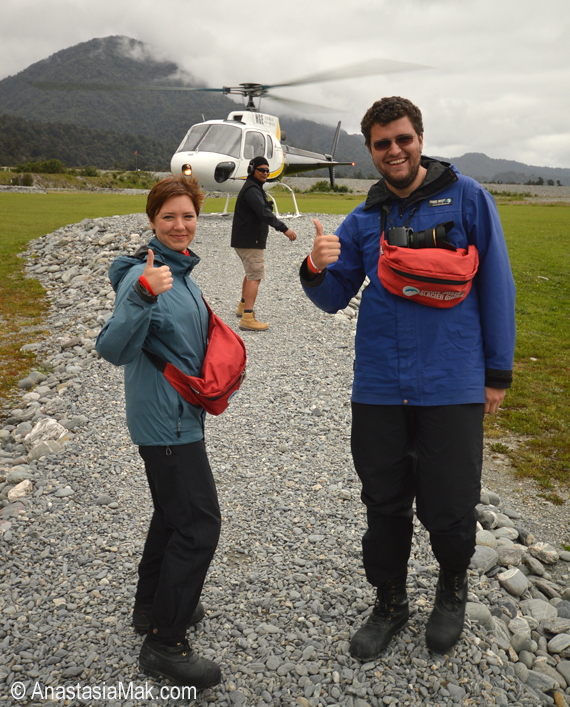 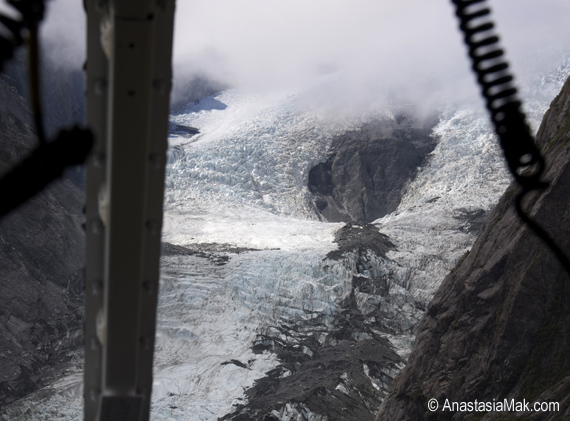 Our hike was glorious! The fog completely disappeared and we were basking in sunshine. The waterproof clothing that we were given was almost too hot.  (Our guide’s name was Matt and he is from Cleveland, OH. Haaa! Cleveland.) 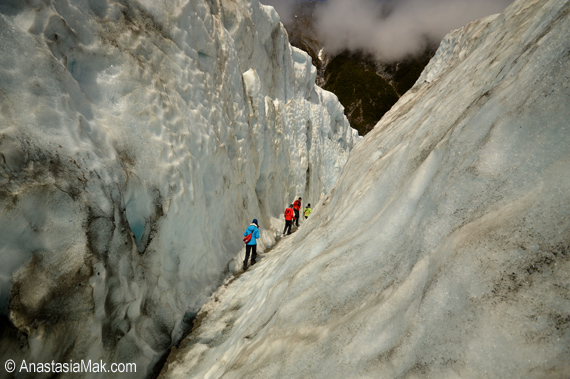 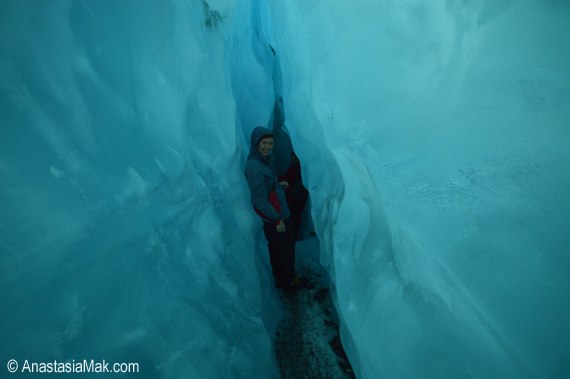 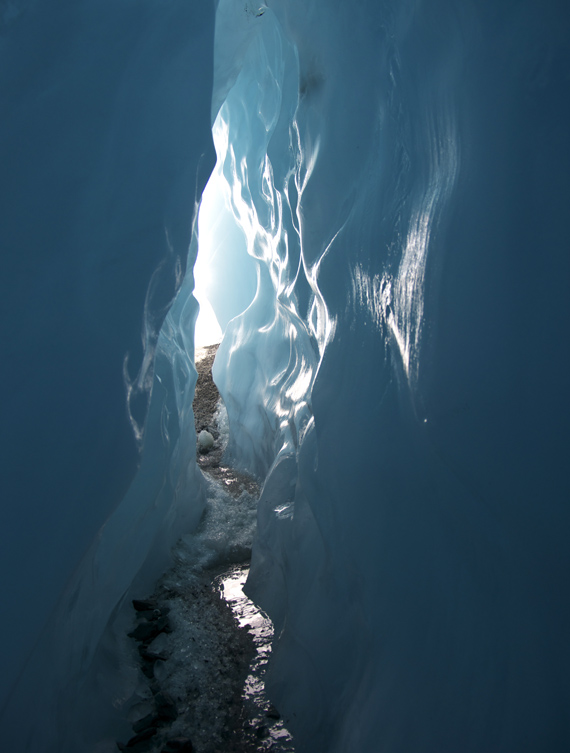 The photo below is one of my favorites – but of course, you guys can’t tell that the steep incline is just an optical illusion, right? RIGHT? 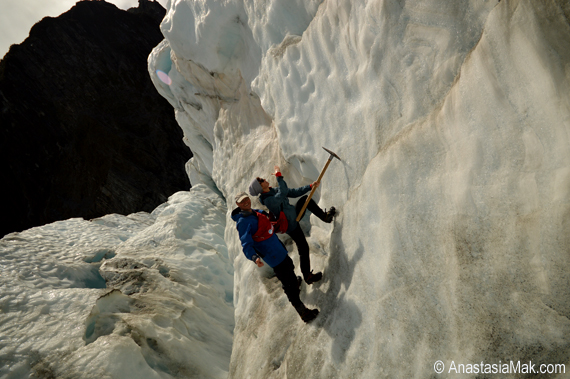 But in the end of the hike, all of a sudden everything became ominous. Thick fog rolled in, visibility gradually decreased and temperatures dropped by about 20 degrees (Farenheit). We were waiting near the heli pad for helicopters that never came. Finally guides were radioed by the base and told that conditions are worsening, and it will be some time before, hopefully, flying weather resumes. 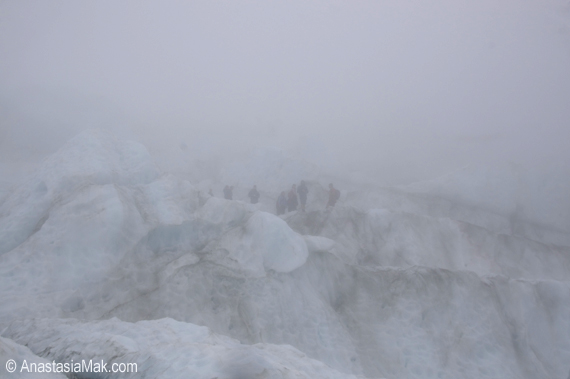 There are several plastic bins scattered around the glacier that contain supplies in case of poor weather conditions and emergencies. Some of the bins contain “tent-tarps” which you unroll and get underneath, as a group, to stay warm.  The tarps were a little stinky, but it was a much cozier option than shaking like a leaf in the wind. 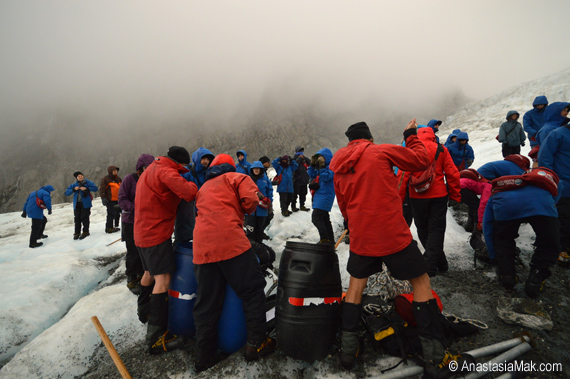 The wait went on for an hour, then two, then almost three. There seemed to be no improvement and guides started devising plans for a foot hike down the fragile ice. In order to create a path in constantly shifting ice, “stairs” have to be carved out, and then a group is carefully led all the way down to the glacier valley.  This slow descent was going to take another 3 or 4 hours. Even though we were freezing, Kurt and I got VERY excited at the possibility of a bonus adventure.  Groups that were stuck at the very top of the glacier had a rougher day – they did not have an alternative of hiking down, so their only option in no-flying weather is to get some tents from supply bins, move them off the ice and into the hills, and spend the night. Apparently that has never happened before. 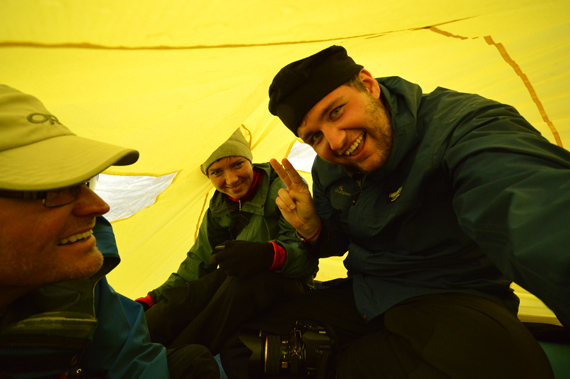 But then – there was a small clearance in the weather, and pilots took a chance.  They evacuated people from the top first, and, after a few quick flights, came for us. So – no bonus adventure for us, but I admit, hearing that echoing sound of the first helicopter was very comforting. We were now that much closer to a well-earned glass of wine! 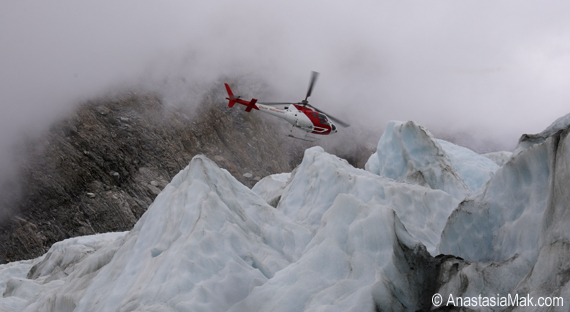 We were dropped off at the glacier valley. Which is covered by rainforest. Because that is how amazing New Zealand is. When our (very prolonged) glacier day was over, we were told that hiking groups get stranded there only once every couple of years. Frankly, I’m very surprised that it doesn’t happen more often. Or – who knows – maybe those guides said it because they wanted to make us feel special. 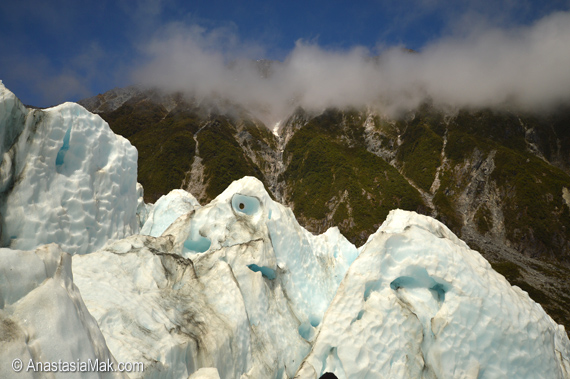 And that was the end of our glacier adventure. But I will leave you with some Franz Josef llamas. Because everyone loves llamas. (Or, more likely, they’re alpacas? Anyway – cute fuzzy long-necked creatures). 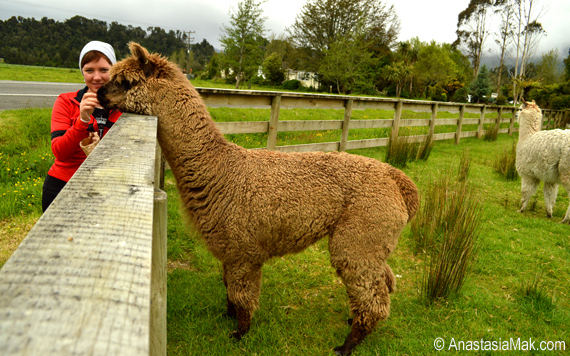 Our South Island adventure continued with the drive to Arthur’s Pass National Park, and then Christchurch.