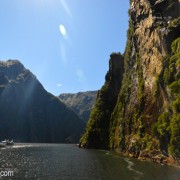 In November 2013, I put my painting on hold for a couple of weeks and traveled to a place that has been on my list for years: beautiful New Zealand.

While it has always been on my “someday” list, 2013 pushed it into my “now” list. My second cousin from Russia, Sergey (who is in his 20’s and whom I have not seen since he was a toddler) picked up a year-long gig, working for a Russian Embassy in Wellington. Thus, perfect time to travel to Middle Earth presented itself: I had to go there and reunite with a relative, of course! Promptly, Kurt and I purchased our airfare.  And after 22 total hours of flying time, we were there. 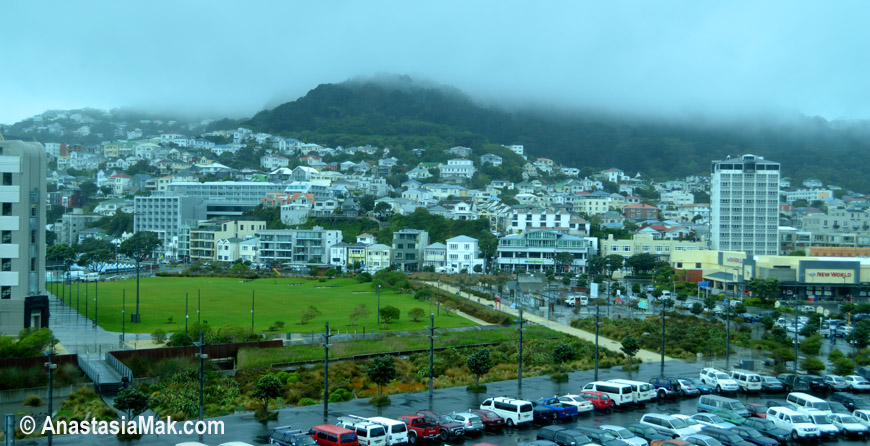 We started off at Wellington, where we met up with Sergey and explored the capital for a couple of days. Our explorations included a fascinating free tour of New Zealand Parliament (a must!), museums, a street food festival, a Balkan band concert, miles of walking, driving around nearby coastline, and hiking up a few hills. 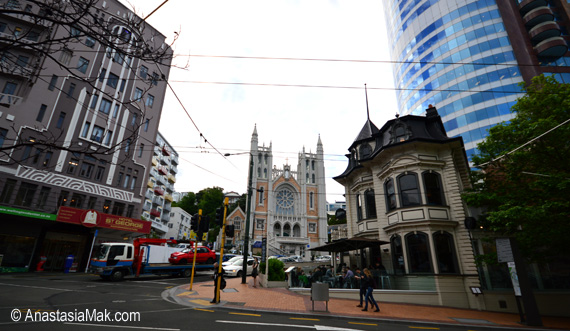 From Wellington we flew to Queenstown, New Zealand’s “adventure central”. The natural beauty of this place is just stunning.  This, for example, was a view from our hotel deck: 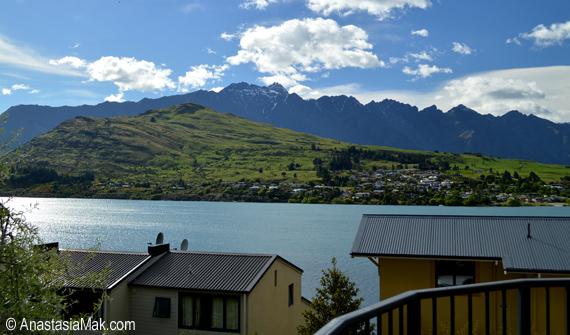 When visiting “adventure central” you must start off with adrenaline-inducing adventure, of course! Queenstown area offers so, so many options, but a free fall into a canyon has long been on my bucket list – hence it was time for the Shotover Canyon Swing! Here is how Canyon Swing works: you free fall off a platform for 60 meters, and then, hanging over a river, you swiiiiing! Like a big pendulum. 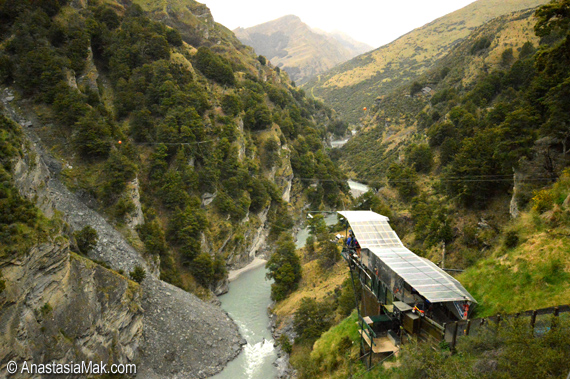 I admit, I was a little nervous during the 15-minute ride to the canyon, but I practiced my jump in my head many times, so it was going to be ok. That feeling of “ok” lasted until I got harnessed up, stepped to the edge, and looked down. Around the same time, the skies opened up, and a downpour started. And so – my legs froze and refused to move. I was being told that it was safe to go, my logic agreed, but all the instincts in my body were screaming – no way! I even asked one of the guys to give me a push, but he told me: “You’re on your own, lady”. So, timidly, I jumped forward. Whoa!!! There is nothing, nothing like a feel of free fall into a rapidly approaching ground. It was amazing. And that downpour? During my flight, I never even noticed it. 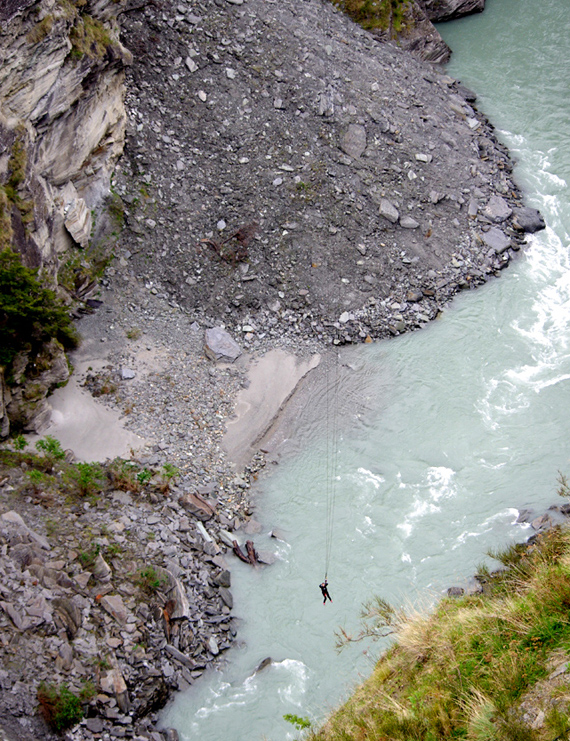 If you have gone this far, you may as well do a second jump – right? – so my second free fall was done “backwards”. This time, while falling, I looked up at a rapidly diminishing jumping platform, an equally thrilling rush. And then the rush is over, and you swing over a river surrounded by stunning beauty, without a care in the world, and you wish you could bottle that feeling and keep with you forever. Sergey chose to fall into a canyon while “sitting” on a plastic chair. (Yeah, they have that jump option available too. Those guys are insane). Kurt preferred to just take our flying photos, and maybe collect my life insurance. (well, that second plan failed, clearly). 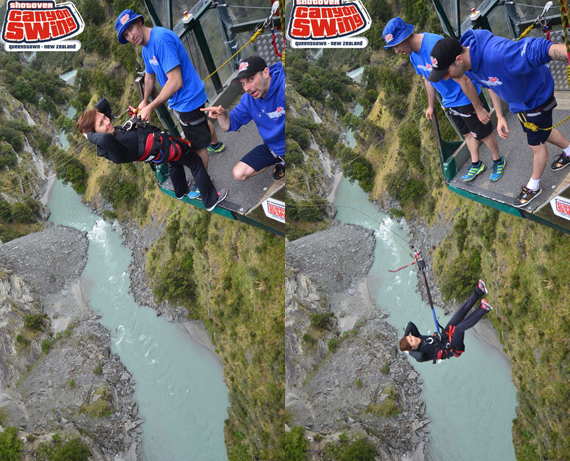 Queenstown adventure continues: the following day, we booked a scenic flight to Milford Sound. We went in a tiny 6-person plane, operated by Glenorchy Air. Flying over New Zealand fjords, in such proximity to mountaintops, was jaw-dropping. 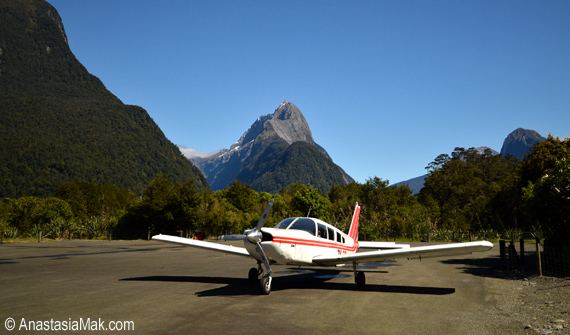 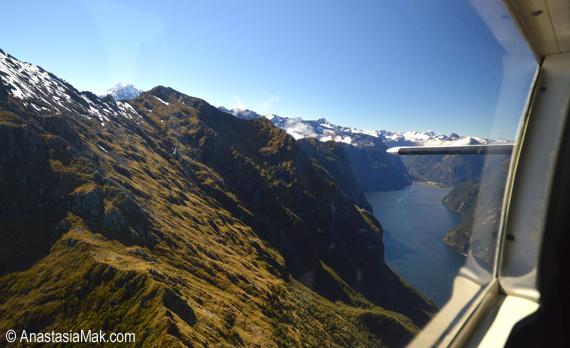 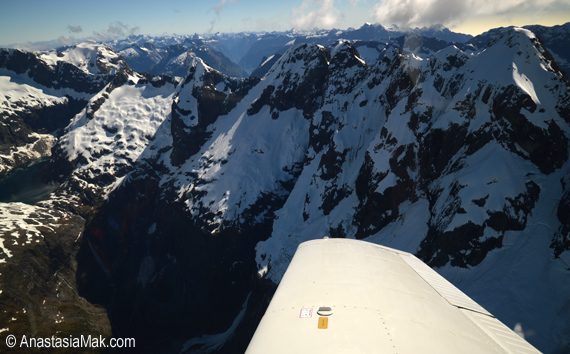 In Milford  Sound, we cruised all the way to the ocean and back, and then – my favorite part – Milford Sound kayaking. Kayaking got even more magical – as we spotted several Fjordland Crested penguins casually cleaning their little wings and then jumping into water after some fish. These are some of the rarest penguins in the world, and to see them while KAYAKING – most likely a once-in-a-lifetime occurrence! 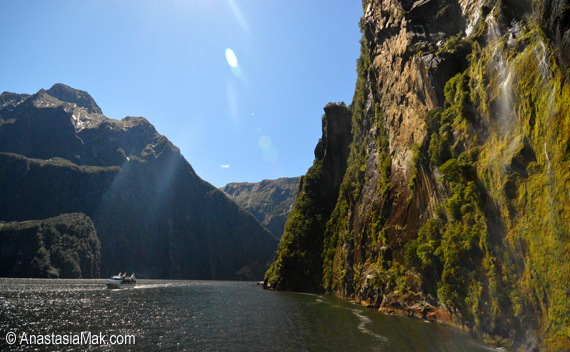 The rest of our time in Queenstown land was allocated to beautiful hikes.  In the evenings hiked the  Queenstown Hill track ,  part of Ben Lomond Track, and then spent a long day walking up and back down of the Routeburn track portion in Glenorchy area. 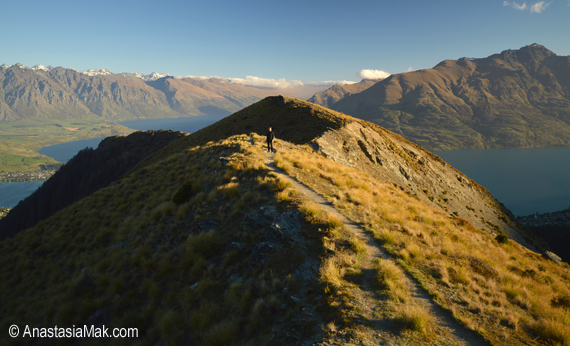 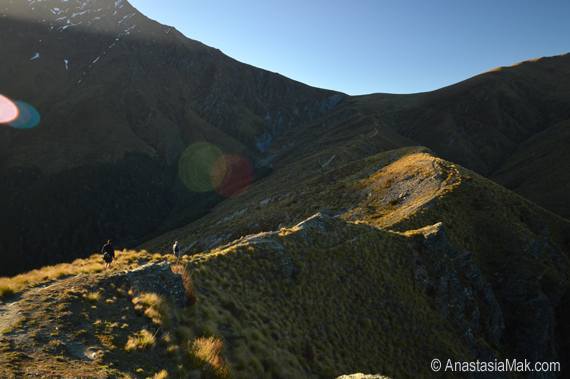 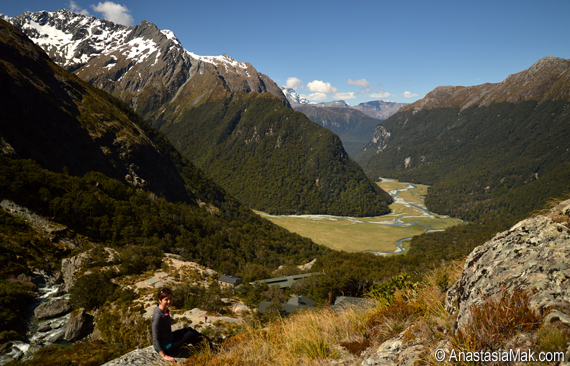 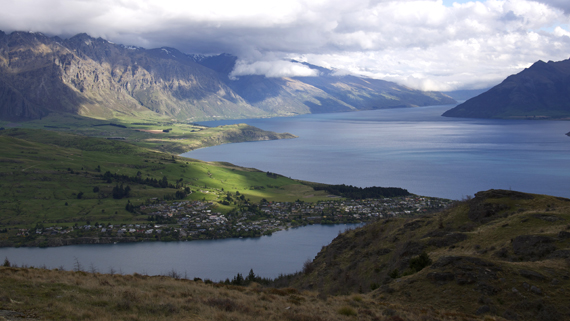 And after Queenstown area, we headed up the South Island coast. Go here to read Part 2 of my New Zealand trip review!